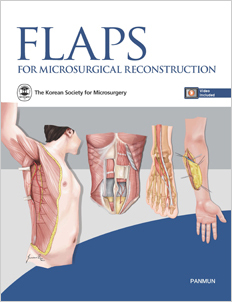 With the introduction of microvascular surgery several decades ago, this area has achieved an amazing progress and has become one of the most important developments for our suffering patients. Every year new techniques and new understandings appear from clinical studies and laboratory animals. This textbook of microsurgery, written by 63 excellent Korean microsurgeons, highlights the classic and knowledge on this exciting area.
The initiation of this book was driven in 2012 by then chairman of the Korean Society for Microsurgery, professor Kyung Moo Yang. We are excited to see the completion of this textbook and honored to write the preface.
The majority of microsurgical problems require basic knowledge, good judgment, cautious care, and established surgical principles and techniques. The surgical principles and techniques in this textbook are based on the authors’ recognition of the failures and difficulties that have occurred during their clinical experiences. We are pretty sure that this book is invaluable to the young surgeons interested in this field as well as to the experienced surgeons.
Also it will provide a comprehensive overview of the microsurgery, and give a deep insight into the minds of various excellent teachers in this area.
Finally We would like to express our sincere appreciation to the editorial board members, especially to professor Mun.